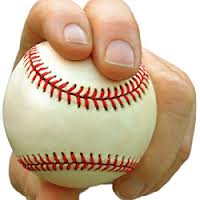 PRSourceCode recently released its 2013 Top Tech Communicators Awards, which included a survey of 68 tech journalists and the ways they prefer to be contacted by public relations professionals.

Not surprisingly, 99 percent of tech reporters said they wish to be contacted by email, while a minority, 43 percent, were fine with a phone call.  What’s more, 35 percent were open to pitches through LinkedIn and 32 percent on Twitter.

Although 70 percent of pr pros said they do call reporters, personal experience and conversations with others in the industry suggest it’s being done  more judiciously.  At a December New York City Publicity Club luncheon panel of journalists, for example, one reporter said she actually “missed” getting phone calls from pr folks. (Never thought I’d hear a reporter say that.  Wonder how the other journalists on the panel felt about that comment.) Occasionally it may be necessary to phone a reporter about a story lead, but it’s also important to respect their time by keeping such calls to a minimum.

Which underscores the survey’s main purpose: What can public relations folks do to be of assistance to reporters – not the other way around?

According to the journalists surveyed by PRSourceCode, 93 percent of the pitches they receive are off target.  Meanwhile, public relations professionals report spending 25% of their time researching editorial opportunities.  What does this suggest about research efforts?  Do PR folks need to spend more time doing research or are they simply doing a bad job of it?  Does research include actually reading what the reporter has written or does it involve simply using a media database to quickly turn out a list?

Woe to those who are so cavalier as to miss the mark by a country mile.  Irritated members of the Fourth Estate have taken to social media and other publishing platforms to shame the worst offenders.  You can read the latest edition of MediaPost’s Bob Garfield’s “PR Wild Pitches.”