The Promise of Hyper-local News Sites 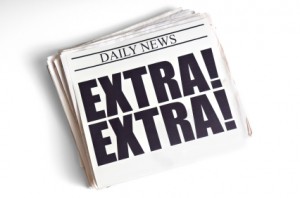 More than 20 years ago, right out of college, I worked as a stringer for a chain of news weeklies in Westchester County, New York.  I was assigned to report on the regularly scheduled sessions of town and village councils, as well as various government boards.  Some meetings lasted hours, often ending well after midnight.  On a few occasions, things dragged on thanks to inane bickering among a few board members with personal scores to settle.  On the whole, however, it seemed that our locally elected representatives were taking great care to make sure they got right the minutia of zoning, planning and other matters affecting their municipality’s fiscal stability and quality-of-life.

From that experience, I took away little in monetary compensation. I did gain the glory of my first byline, as well as a fat portfolio of clips.  I was also able to provide a few thousand of my neighbors with news of value to them, the non-controversial, but relevant information that would almost never find a place in the pages of the larger dailies.

Today the Internet continues to wreak havoc with the traditional newspaper model.  Publishers continue to reduce editorial staffs, as well as cut reporters’ salaries and benefits, due to disappearing ad revenues.   In order to make a living wage, some journalists have left the business for good.  As budgets are reduced, there are justifiable fears that content designed to entertain and incite will push out the type of dispassionate, in-depth journalism that serves the public good.

‘Creative destruction’ is used to describe an industry experiencing painful restructuring.  The term sounds cold-hearted.   But it’s hard to assess what this tumult will produce in 5 or 10 years time.  There is certainly one development that looks very positive – the emergence of hyper-local news sites.

Organizations such as Baristanet.com and Patch, which last year was bought by AOL, have established networks of hyper-local news sites designed to empower entrepreneurial and civic-minded journalists, photographers and videographers. Both organizations focus on underserved communities, providing extensive reporting about happenings at the neighborhood level.  Patch is particularly ambitious.  It now operates about 100 sites in 10 states, and AOL has plans to invest $50 million in order to launch about 500 more sites by year’s end.   Thanks to the Internet’s low publishing costs, hyper-local news sites can provide a volume of micro-level coverage not previously offered by dailies and weeklies. The question remains whether there are enough advertising and other revenue sources to make this model viable in the long run.

Hyper-local news sites may not be a replacement for traditional newsrooms, but they seem able to serve the public good in a way that the news dailies and weeklies of yore never could.