For Some, A World Wide Web That Never Was 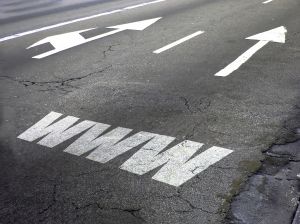 Chris Anderson, Wired’s Editor-In-Chief, and Michael Wolff, Vanity Fair columnist and Rupert Murdoch biographer, recently wrote dueling columns in a special Wired feature called “The Web is Dead.”   For his part, Anderson described the World Wide Web’s diminishing role as the all-purpose gateway to the Internet.  Other Internet platforms and devices, including mobile, have become the preferred means of online access.

The piece speaks for the United States and probably reflects trends in many other developed countries.  A decade ago, especially in the United States, the Web was synonymous with the Internet future.  Today the terms “Web” and “Internet” are used interchangeably, although the web is just one way to get on the Internet.  As Anderson points out, thanks to iPhones, iPads, Blackberries and other smart mobile devices,  a majority of users’ online time is spent outside the confines of web browsers.  If the Internet is the Super Information Highway (sorry about the hackneyed metaphor), then the Web is becoming more like Route 66, a historic road that has since been bypassed by quicker and better ways of reaching their destinations.

The success of non-Web platforms has to do with an improved user experience, that is, the ability to get desired content more easily.   “Every time you pick an iPhone app instead of a Web site, you are voting with your finger,” Anderson wrote.  “A better experience is worth paying for, either in cash or in implicit acceptance of a non-Web standard.”

Of course, “The Web is Dead” title was likely meant to be more provocative than literal.  Perhaps it’s more accurate to say the Web is waning, evolving into just another useful means of Internet access.

So if the Web really is ebbing in the United States and other developed countries, what about emerging nations such as India?

In a July 30, 2009 post, “India’s Flourishing Newspaper Industry and Its Internet Future,” I discussed how India may well follow its own path to the online world.  In India, where landline penetration is low, the mobile subscriber base was nearly 525 million in 2009, according to PricewaterhouseCoopers, up from 234 million connections at the end of 2007.  In May 2010, the government auctioned off its 3G broadband spectrum, creating opportunities for carriers and content providers to offer an infinite array of revenue-generating Value Added Services (VAS), including music streaming, radio, videos and online games.

In July 2010, the GSMA announced that the number of global mobile connections has surpassed the 5 billion mark. As 3G is adopted around the world, there could be hundreds of millions of people enjoying their first taste of advanced Internet connectivity without ever having surfed the Web. For these users, perhaps the Wired article might aptly be re-titled, “The Web: You Can’t Die If You Never Lived.”