Is Technology the Answer to Bad PR?

For quite some time there has been a love/hate relationship between journalists and those who would have them write stories about their clients. 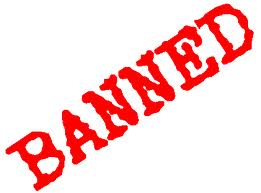 Three years ago Wired’s editor-in-chief Chris Anderson caused a stir when he published his blacklist containing the email addresses of more than 300 PR folks he said had been spamming his inbox with irrelevant pitches.  Other writers followed with their own lists, sending waves of recriminations throughout the public relations industry that continue to this day.

Poor training and laziness are often cited as the primary culprits behind the indiscriminate pitching of reporters.  What about technology?  Is technology an accomplice in turning media relations into a simple numbers game in which anyone can email blast the entire journalistic universe with a way off-target pitch?  Or could it be a corrective?

Darryl Siry just launched NewsBasis as “a platform for better media relations.”   Siry, CEO and founder of the new company, has worked both as a journalist and public relations executive. In a recent blog post Siry gave his rationale for starting NewsBasis:  “I concluded that the disconnect between PR and the media is really a design problem – and I believe that a lot of value can be generated by a platform that addresses this from a technology and design perspective.”

NewsBasis’ goal is to align “interests and timing in the ‘pitch process.’”   Public relations representatives or individual subject experts can create profiles detailing their focus areas.  They can then insert their opinions into relevant articles which journalists can then find as they’re searching for information and sources.  Journalists can also post queries for experts.   In addition, NewsBasis has algorithms to match reporters with sources based on profiles and behavioral analysis of past usage on the system.

Services like ProNet and HARO have already helped improve pitch relevancy, although Siry believes Aardvark and Quora are better comparisons “in that we want to focus on connecting requests to authoritative responders and develop a searchable knowledgebase over time. “

NewsBasis is brand new, and I haven’t had the chance to use it.  The strength of any platform like this, however, is in the network effect – that is, how many reporters are actually using it.  NewsBasis will need time to grow.

Nothing can replace training, creativity and relationship-building.  That fact is that NewsBasis, a technology platform, is constructed to force public relations representatives to research, understand and contribute contextually appropriate information to a particular story, thereby encouraging them to become better media relations pros – and a truly useful resource for journalists.  That can only be a good thing.